We’ve just returned from this concert in The Hague:

Mixed feelings and a helluva thoughts (Yeah, as always). OK, one by one…

And these are the reasons why I do not “go live” too often:

I think you got my point. It’s much more convenient to buy a decent audio system and enjoy the music at home. But this time a friend of us called, offered two tickets and we could not refuse.

The concert hall was full. I don’t think there were any vacant places. Just as I thought the average age of the public was probably close to 50. Classical music is still not very popular in NL (pun intended). The good thing is that pensioners can afford tickets to such events.

Elgar opened the evening. Miniature Xian Zhang (what a charming smile!) very emotionally conducted The Enigma Variations. The musicians were doing their best but the music fell apart. I’m neither an expert, nor a professional critic, I can’t say why, but the sense, the reason, and the harmony of the composition were completely lost.

I tried to concentrate but my attention was caught by the acoustic treatment of the hall (sorry, but it was more interesting than the performance). Especially I liked the diffusers placed on the walls around the orchestra. (See the photo).

The second part was more promising. Both blamed and famed (simultaneously) pianist virtuoso Nikolay Lugansky played Rachnaninoff #3. One of my favourite pieces I’m (fortunately) quite familiar with.

But I bet the actual reason for these usual wars is the notorious feeling vs thinking conflict. Yeah, back to the socionics. As many scientists believe, Sergey Rachmaninoff (one of the best virtuoso pianist ever) was a Logical Intuitive Introvert (aka LII, aka INTj, aka Analyst, aka Robespierre, aka Descartes). Logical, not Ethical!

Lugansky is a very good chess player, speaks Russian, English, French and German, and (this is just a thought!) very closely resembles that LII sociotype (look at the photos and, if you can, how Nikolay moves). Of course, everybody can “invent” his or her own Rachmaninoff. Add feelings, hysteria, emotions, a couple of extra notes here, a couple of wrong “buttons” there, but in my opinion the result should look as close to the original as possible. And who can do that better than a virtuoso of the same psychological type?

The public around was also “in tune and time” with coughing, sneezing (see above). And elderly woman sitting next to me (who with a disgust on her face pushed away the strap of my bag slightly touching her arm) was busy with loudly cleaning her nose and talking to her neighbor.

The final was good, though. Somehow the musicians got distracted from staring at the auditorium and just like a pilot during the landing (when he stabilizes a wobbly airplane just before the touch) finished with a “simultaneous firework”.

Standing ovation! Sure, no doubts. And then the magic began. After minutes of ovation, Lugansky returned to the piano and started playing Chopin. Solo. Suddenly the silence fell. The public and musicians immediately stopped making any noises and started “nodding” in tact. Very clean, crystal clear, easy, high-mountain-creek-like sounds. Nikolay was almost motionless. Straight back. No mimics. It was only his fingers.

Get rid of the orchestra and just let the guy play!

PPS: I think I’m back to my system (which sounds quite good in comparison to the live orchestra) and my recordings. Why? See above … 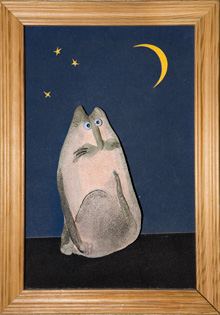